MECA Sizzles at The Vinny 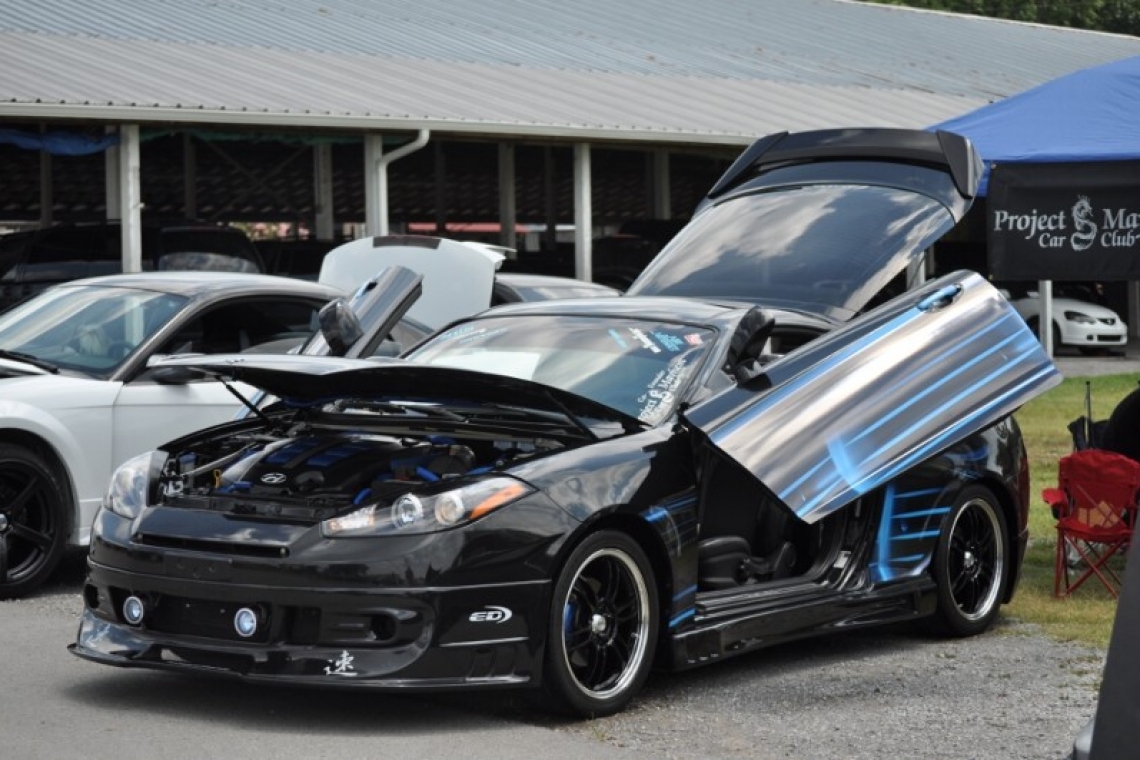 The James E. Ward Ag Center & Fairgrounds in Lebanon, TN was shakin’ as MECAheads from 10 states gathered for SQL, SPL, and Show & Shine contests at “The Vinny”. It’s an annual event hosted by MECA Charter Member, Vinny Taylor, who is also one of MECA’s top SQL Judges. He shells out the dough to make this happen, with big trophies, and $1000 in prize money for the Top 3 scores in Sound Quality and Sound Pressure contests.

Steve Cook (Team Audio X/Zapco) from Florence, AL, earned $250 for the highest SQ score of the day, in the Modex class, with an outstanding 84.9 points out of a possible 100. That’s the average of 3 Judges who each listen to the system, and that’s a high score! Matt Roberts (Team Elite/Zapco) from Fountain Inn, SC won the Install Best of Show with 94.5 points out of 100. Harlan Owens (Team-Loco/XS Power/Zapco) from Frankfort, KY won the RTA Freq Out with 34 out of a possible 40 points, using the AudioControl SA-3055 meter.

Beau Boren (Team Incriminator/OH Generator) from Macon, GA won $250 top prize for the highest dB score in competition with a ground-pounding score of 164.9 dB in Radical X2 on the TermLab meter. Gary Fletcher (Team dB Revolution/Sundown/XS Power) from Hermitage, TN had the highest combined SPL scores for Sound Pressure League Best of Show with 158.6 dB in X1 and 125.5 dB in Drive-by SPL Parade 5. Chris Neely, driving his tricked out hearse, was the Drive-by SPL Parade Best of Show with 125.8 dB, measured 6’ from the passenger side outside the vehicle.

Robert Hilton from Canton, GA won the 5’ Best of Best of Show trophy for the highest points total in all audio contests. He also earned the most points in the Sound Quality League contest for the “Zapco SQL Best of Show” trophy.

Check out the results on the Event Schedule at www.mecacaraudio.com and follow the club as Competitors get ready for the MECA Finals in October at the Fairgrounds in Lebanon.