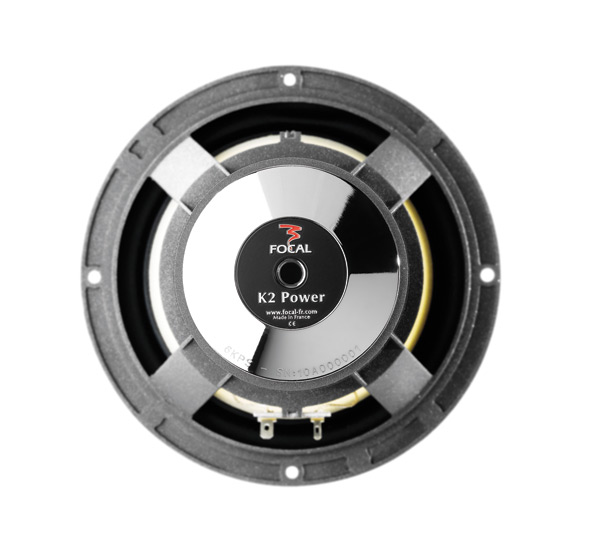 It seems like just a few weeks ago since we reviewed the excellent Focal Polyglass V30 component system, but a check of the calendar informed me that almost 6 month have passed since a new Focal system went through the lab for review. And we’re going to rectify that situation right now, because we just received a new K2 Power system, specifically the 165 KR system, which has a U.S. price of $699.95.

Focal’s motto is “The Spirit of Sound” and the K2 Power series of speakers were developed to perform at very high levels of acoustical reproduction, as well as being able to provide listening levels high enough to satisfy the most enthusiastic user. The K2 series of speakers combine excellence in dynamic reproduction with a level of detail and sophistication. The signature Focal yellow Aramid fiber cones are used on both the tweeter and midrange driver, and represent years of development and incremental improvements. These drivers and the materials they are made of were designed specifically for the rigors and hostile environment of the car audio world. 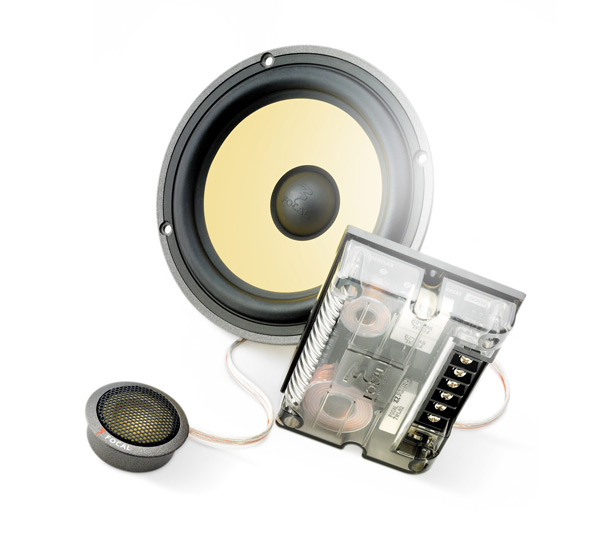 The 6.5” midrange woofers use a rigid non-magnetic basket material called Zamak, which is a German acronym for the materials used to manufacture the metal, (Zinc, Aluminum, Magnesium and Copper) Finished in a nice looking gray powdercoat, the basket uses a traditional Focal 4 hole mounting system. The famous yellow Aramid cone is based on a thermoformed structural foam center core, with the Aramid fiber on the front side, and a layer of glass fiber derived directly from the highly acclaimed (and very expensive) Utopia BE series. These cones are stretched by hand at the Focal factory in France. The result is a very strong, yet lightweight cone, perfect for higher output levels. 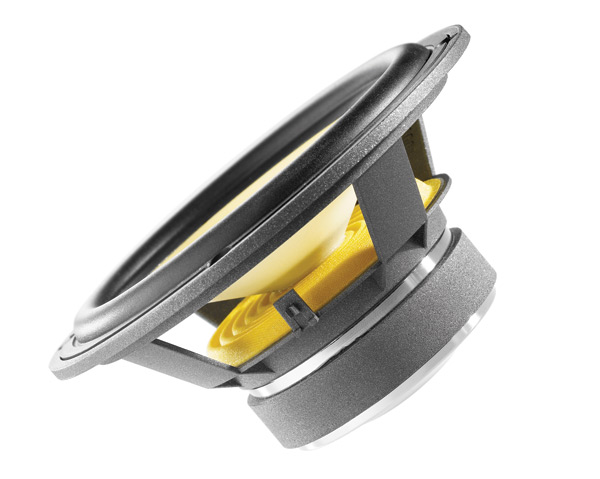 The Focal TNK tweeter used in the 165 KR system has been under constant development for over 10 years. Among the interesting design facts of the TNK tweeter is an inverted dome, which has been slightly deepened to reduce directivity, as well as improve the connection between the dome and the voice coil, thereby reducing distortion and enhancing output. Another innovative idea was the mounting of the tweeters phase plug by simply attaching it to the underside of the tweeters mesh grille.

The K2 Power crossover networks are what you’d expect from a company who has built their reputation on sonic distinction. Behind the clear covers on the crossovers are high performance components like polypropylene capacitors, and air core inductors. The crossovers also offer some tuning ability once installed, with a three position tweeter level switch, as well as a switch that boosts midrange output when the speakers must be mounted low in the doors. The switches are thoughtfully made accessible without having to remove the cover from the housing. Electrical connections are made via nickel plated screw terminals.

As is always the case with a 6.5” component system, when I do my listening, I use a high pass filter set right around or just above the resonant frequency of the midrange driver. A quick check in the owner’s manual said the Fs was 73Hz, so I set the high pass to 80Hz. All my research had indicated this was a pair of speakers that didn’t mind being played loud. A dozen or so of my favorite rock and classical tracks later, this was definitely confirmed. But the thing about the 165Kr’s was that while the music was loud, it was also always very listenable and enjoyable. The system showed very good articulation of detail and subtleties, all the while playing at high levels. Dynamic passages were exciting and had a sense of realism some other systems can’t quite muster. The general sound of the system is a bit more lively than the Polyglass system, which I had thoroughly enjoyed. But after comparing the two side by side, I thought the best way to describe the difference between the two is to say the K2 Power system is just more exciting and fun. 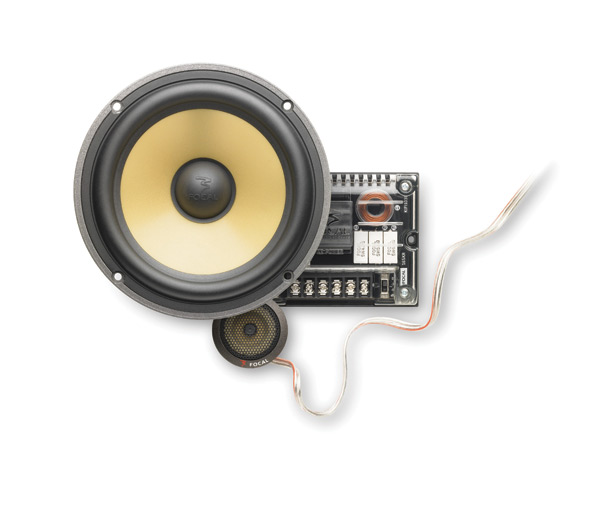 With my listening session over, it was time to make a few measurements of the K2 165 KR system. Moving into the lab, I measured the impedance of the system and also the frequency response, noting the adjustability provided by the tuning switches. The system measured very well, which was no surprise, considering the brilliant sonic performance I’d just experienced.

When I reviewed the Polyglass system, I mentioned that it wasn’t cheap, and I wondered how much better the K2 series could be. Well, now I know, and the difference is significant. The K2 system is an excellent choice if you enjoy your music a bit louder than most of your friends, but don’t want to give up sound quality and audiophile type performance. The Focal K2 series of speakers provide very high quality sound reproduction with almost live levels of output. The system is very tunable, and has been designed for the automotive environment to truly provide “The Spirit of Sound”, with a kick. For more information, visit https://www.focal.com. 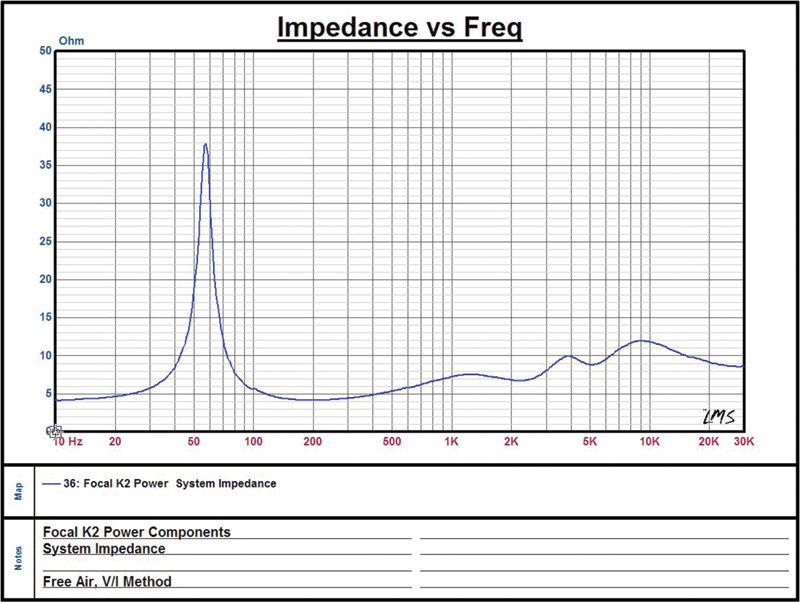 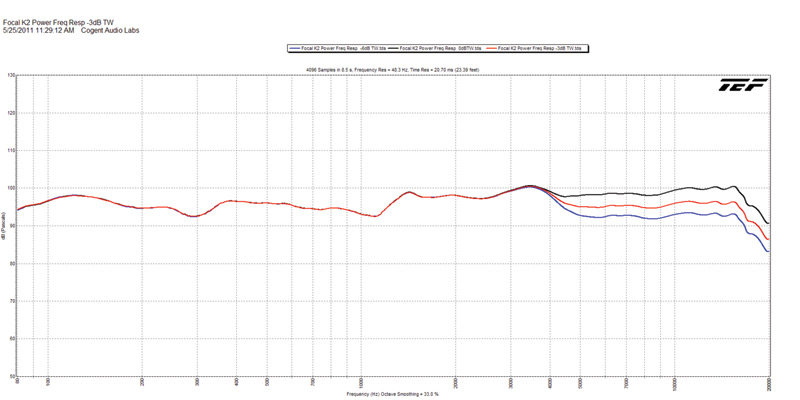 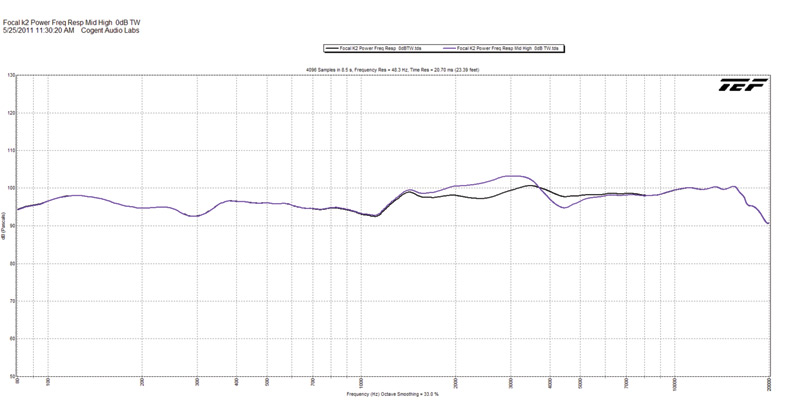