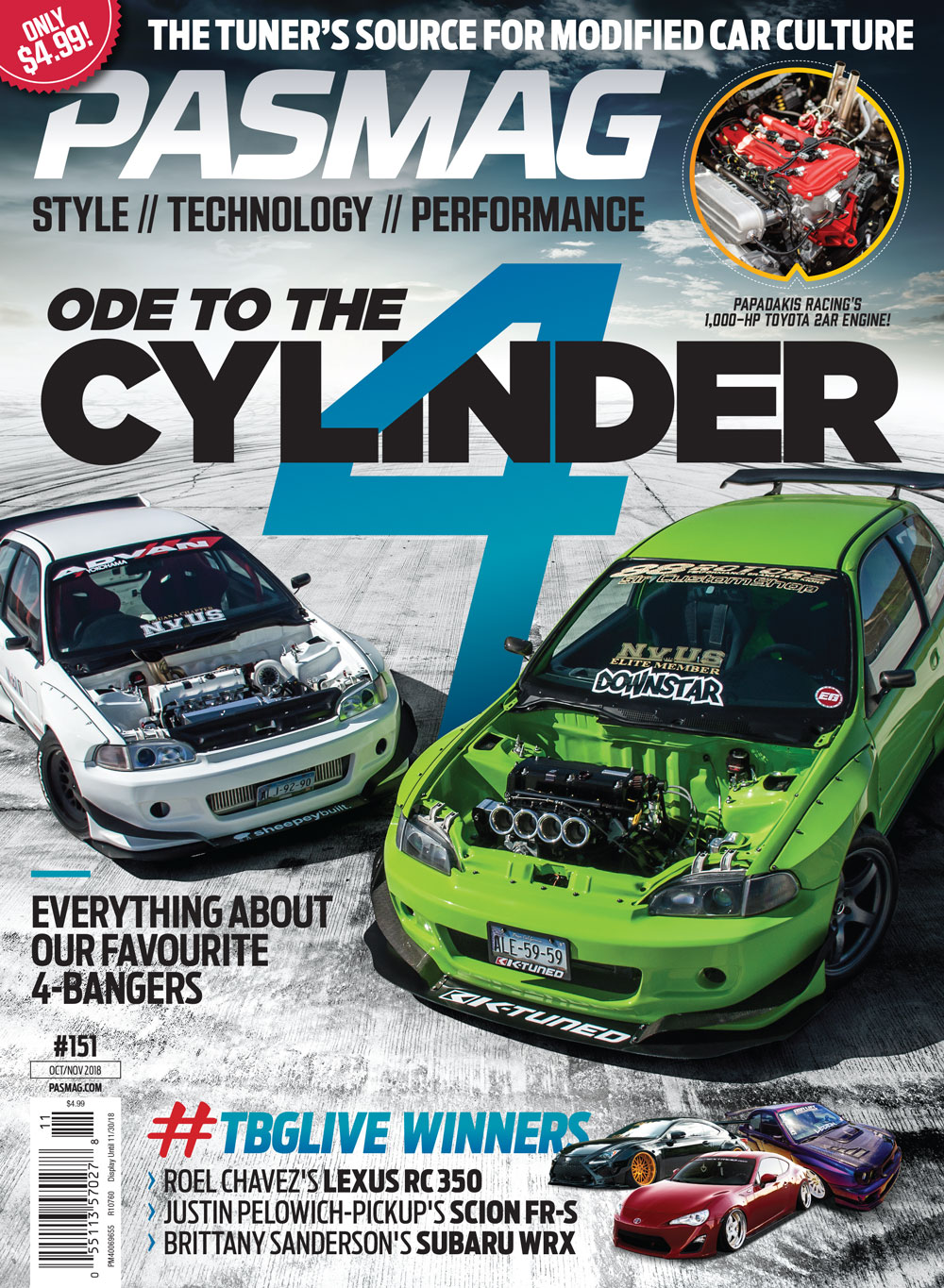 As usual, we’ve sprinkled in the latest and greatest trending topics from throughout our weird and wonderful industry, including some new four-cylinder builds to follow. From there we’ll be taking it back to Importfest 2018, a show where Canada’s best come out to play. Still hungry for more event coverage? We hear you! We’ve also got a look at Driven: Winnipeg, Stancewars: Seattle, and Battle at the Border.

After we take a look at three of our Tuner Battlegrounds #TBGLIVE winner’s features, we break down a brief list of some of the world’s best four-cylinder engines from across multiple generations. One of our in-house project cars is in the spotlight once again, as well. The Reverse Entry Project 240sx went under the knife for a heart transplant, as a first-gen red top SR20DET was replaced by a final-generation S15 Silvia SR20DET in the name of reliability. Read all about that rollercoaster of a process, and then head on over to PASMAG.com to check out the video segment on that chapter of the build.

As you may imagine, we’ve got two serious four-cylinder features. The first comes in the form of two Pandem-equipped Civics boasting K series engines, each one with its own special take on the platform, and the next is a Ford Focus RS from Rally Innovations that pays tribute to Colin McRae with a serious rally-ready build.

Keeping true to the exploration of four-cylinder marvels, we break down a list of the most impressive road-going four-banger engines throughout the tuning world, spanning multiple generations, and finally dive into a new contender on the block: Toyota's 2AR. Stephen Papadakis and Papadakis Racing have been building the potent new engine to four-digit power figures, and we just had to know how he does it. Thankfully he was down to give us the inside scoop.

As always, thanks for picking up PASMAG. Enjoy!

ADAM GORDON
Associate Editor
This email address is being protected from spambots. You need JavaScript enabled to view it.

PASMAG #163 / Car Audio Upgrade Guide, 11th Edition
It has been a while since we featured a Supra on the front cover of PASMAG, so we figured we would make it up to you guys with a double dose...