Cabe's Corner: Get to Know The Subwoofer 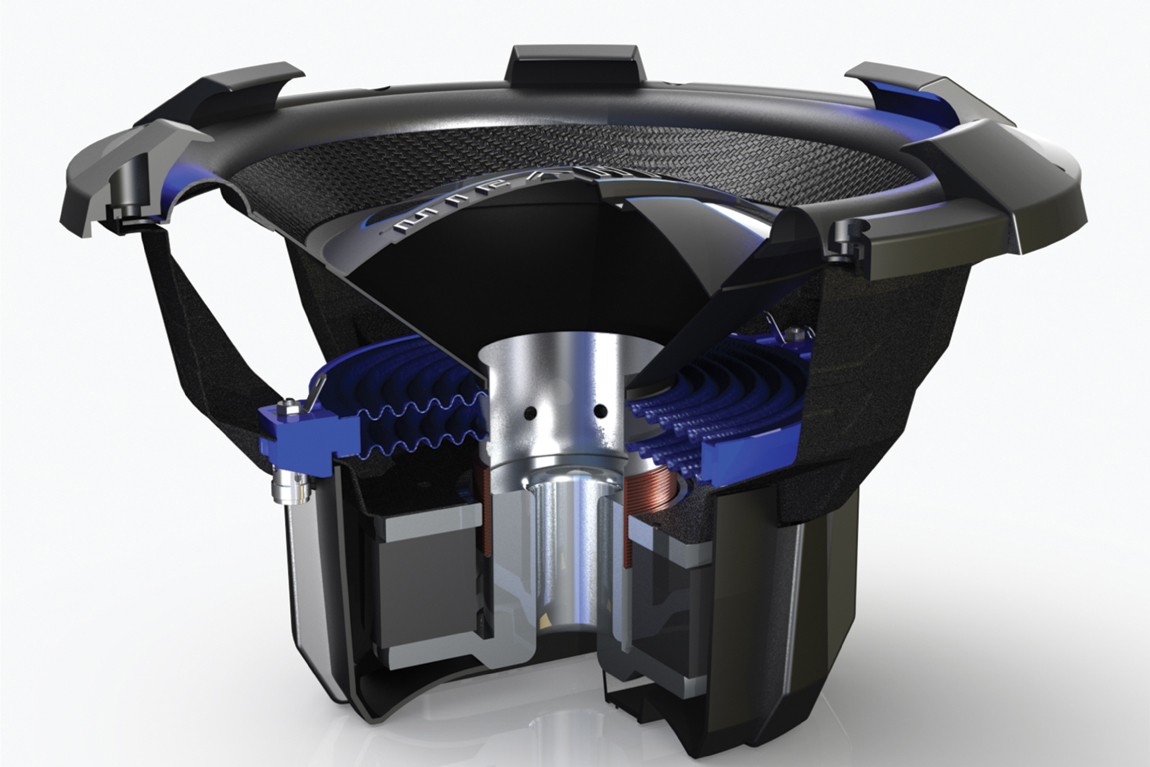 All of us, at one time or another, have been fooled into thinking a subwoofer will perform amazingly based on its looks. Whether it is a massive 500-ounce magnet or quadruple spiders with some crazy futuristic looking basket, we have been fooled. I say fooled because these things are almost always a form of visual trickery that was decided upon by the marketing team, rather than the engineering team.

In the 25 years I've been involved in the industry, I have seen only two radical designs that were completely different from a standard subwoofer build. Those two would be the Illusion Audio driver with the motor placed in front of the cone (creating a very shallow woofer), and the Phoenix Gold Cyclone, which was a rotary servomotor subwoofer. Other than those two, subwoofers have stayed pretty much the same, with the exception of different materials to create lighter and more rigid cones, and different types of magnets and voice coil windings. That being said, the parts and construction of a subwoofer are still relatively the same and can be placed into certain categories of use based on those parts - if you know what to look for and understand how each part interacts with each other.

The Basket
A subwoofer basket can come in two varieties: either stamped steel or a die-cast frame. The difference between the two is cost and strength. Stamped steel baskets almost always indicate an imported subwoofer where there are thousands produced every day. This drives the cost down significantly and is why they are usually considered entry-level subwoofers. Die-cast frames are another beast altogether, and cost two to three times more than a stamped steel basket. A die-cast frame means the basket was custom designed, made into a mold and then cast with steel, aluminum or whatever space-age material has been chosen. You will rarely find a high-end woofer that doesn't have a die-cast frame.

The Motor
A subwoofer motor is actually more than just the magnet, but this term has referred to the magnet for years, so I guess I will continue the trend. The magnet of a subwoofer is responsible for creating the magnetic field that forces the "voice coil" to move in and out of the "gap." I will discuss those two items later. As with any magnet, the larger it is, the bigger and stronger the magnetic field will be, which in turn will make the voice coil's holding field much stronger. We have all seen monsters boasting a 500-ounce magnet and thought to ourselves how amazing it must sound, but the magnet is just one of many parts that make up a subwoofer. Basing your decision on that alone is like buying a used car with a 900-horsepower engine and a stock transmission. It's not going to last very long, just like that massive magnet wrapped around a two-inch coil.

The Voice Coil
The voice coil is one of the most important parts of any speaker, and is the most important aspect when determining which subwoofer is best for you. Voice coils come in many diameters, but the most common starting point for a subwoofer is a two-inch coil. If you're looking at a subwoofer with a one-inch coil, you should run far away from it. The voice coil is one of the determining factors in a subwoofer's power handling. The larger diameter the coil is, the more power it can take because the windings having more surface area to dissipate heat buildup. The number one killer of subwoofers is voice coil failure and that is normally due to overpowering and distortion. Those two items will kill a coil by overheating the coils, causing the windings to burn. Voice coils come in many different types of windings (e.g. copper and aluminum), and each has different melting temperatures and characteristics. The better the material, the better the heat dissipation, which in turn allows them to handle more power.

The Gap
The gap is something that you, as a consumer, will have no chance to really look at, but it's good to know what it is. The gap is the tiny circular area in the magnet that the voice coil sits in. The distance from the coil to the magnet wall is mere millimeters, and the only thing keeping the coil from slamming and rubbing against the gap wall is the magnetic field produced by the magnet. If you play a speaker outside of its normal handling abilities, you will break that field and be on the road to coil failure.

The Spider
The spider is the subwoofer's suspension, just like the suspension in your car. Just as the springs keep your vehicle frame from hitting the ground, the spider is there to keep the coil within the gap. When the subwoofer is moving outward, the spider restricts the coil from traveling outside of the magnetic field of the gap, and the same when the subwoofer moves in. Many manufacturers use multiple spiders on one subwoofer to achieve two things: to stiffen the suspension for higher power handling and to utilize a longer coil. As a subwoofer ages, the spider will begin to show signs of fatigue and eventually fail to keep the coil within the gap's safe zone.

The Cone
The cone is what most people will see when they look at your system. Cones have one purpose, and that's to move air and move it quickly. The lighter a cone is, the faster it can move, but it also has to be rigid to handle the constant forces being applied against it. The need to have the best of both worlds has led to many different materials used in cone construction. Ranging from paper to aluminum and kevlar, they will make a huge difference in how the subwoofer sounds.

The Dust Cap
This keeps dust out of the gap to protect the coil. That's pretty much it!

How does this help me?
Now you have the basic knowledge of what makes up a subwoofer, but how do you take that knowledge and use it while shopping? First off, you're already ahead of the game. To utilize this newfound knowledge even further, take the items discussed and insert some common sense. If you're looking at a $500 subwoofer and it has a stamped steel basket, that should be a concern.

Every high-end component has an entry-level counterpart, so look at every part used to build the subwoofer. The next section of this article will help you distinguish between an entry-level and an elite subwoofer.

Coil Size to Power Ratio
The coil is basically a bunch of wires wound around a former. There are so many different types of formers and coil materials, so there is no way to give a cut-and-dry answer as to how much power a certain size coil can handle. If you are looking at a quality manufacturer and not some off-the-shelf brand, it makes it easier to determine because there are some quality standards. That being said, an entry-level subwoofer will normally have a two-inch coil and handle 500 to 750 watts, depending on how well the magnet's air circulation can cool the coil. A mid-level woofer will usually have a three-inch coil and handle anywhere from 750 watts to 1,500 watts continuously. A high-level woofer will likely have a four-inch coil and handle 1,000 watts to 5,000 watts continuous. There are a small handful of companies producing elite level woofers with five-inch coils that can handle extreme amounts of power, but due to the cost of producing the coils, these subs are very rare. 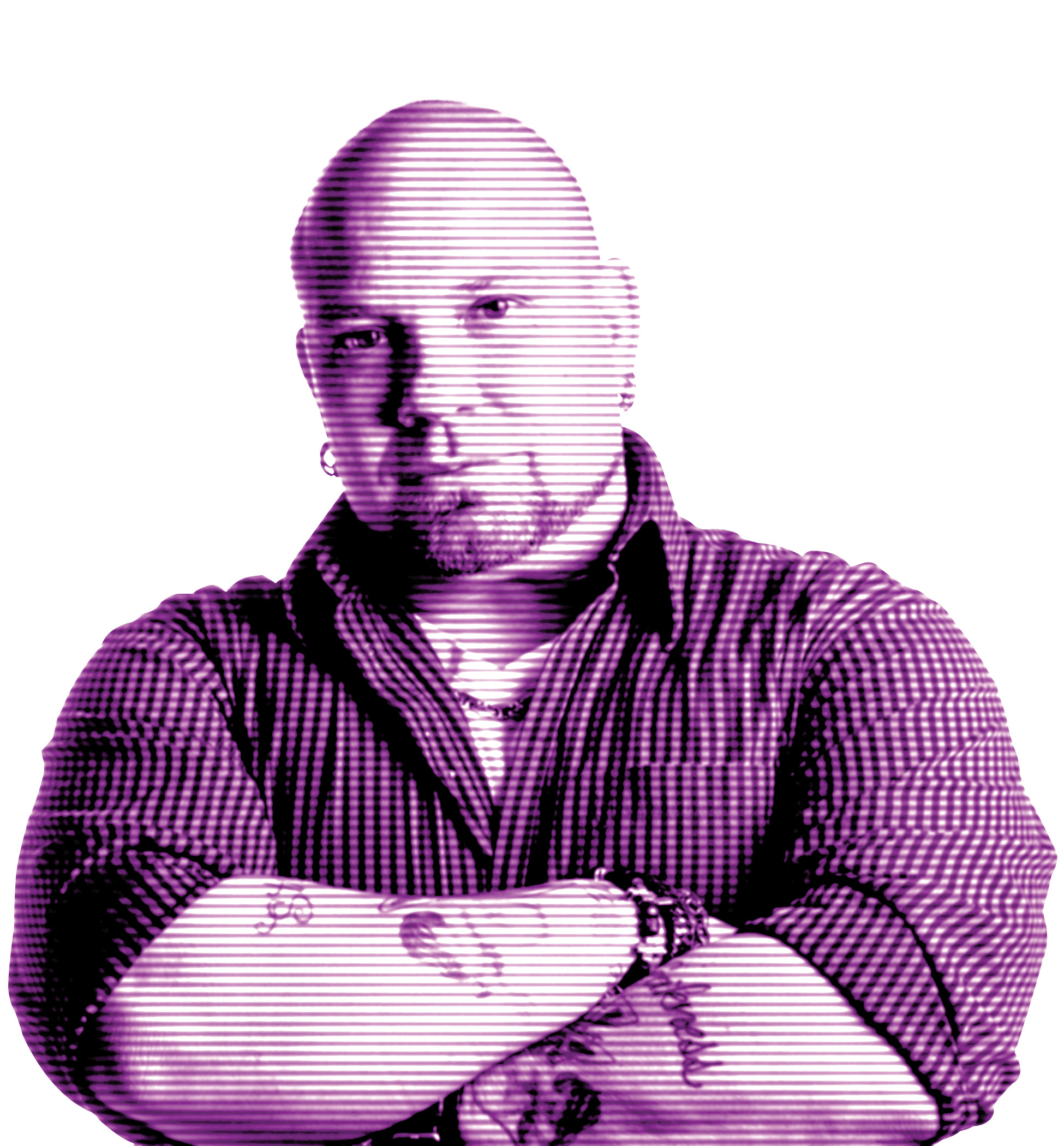 Breaking it Down
All of this should help you avoid overinflated, hyped-up subwoofers that will never do what they claim - and now you won't fall for it because now you know better. It's very simple: an entry-level subwoofer could have a stamped steel basket, two-inch coil and a 45 to 75 ounce magnet. If you see a subwoofer with a 350-ounce magnet and a die-cast frame boasting it can handle 5,000 watts, you might get excited, but then you see that it has a two-inch voice coil. RED FLAG! You know, based on this article, that a two-inch voice coil will not handle that kind of power and you're being sold a hyped-up, visually appealing subwoofer with cheap guts. Put your money back in your pocket, keep looking and thank me later.