On the right side of the faceplate a USB port is hidden behind a small door, and a standard 3.5mm Aux input jack is mounted just below the USB port. Although I personally prefer a rear-mounted USB port so I can hide all the wires and leave my iPod semi-permanently connected, the front mounted method does make it quick and easy to take your music player or thumb drive with you. CD loading and unloading is quick and smooth, and an illuminated eject button behind the faceplate allows easy operation in the dark.

The preset buttons serve double duty as album, repeat, shuffle, and pause controls when you are in CD or MP3 playback modes. My only gripe was the font used to identify them was quite small and lacked good contrast, which made the desired function hard to find until the placement has been committed to memory. A nicely designed small infra-red remote control is also included.

With the CDX-GT660UP connected to my reference system in my quiet and comfortable listening room, I played selections from all the available sources. I listened to the radio, several CDs and, of course, to MP3s via my iPod. Regardless of the source, the Sony exhibited excellent sonics, with very good tonal balance, crisp brilliant detail with any harshness, and strong, tight bass. Stereo imaging was also very good, with a very well defined phantom center image on tracks like Michael Ruf’s “Eyes of Love”, and Jennifer Warnes’ “First We Take Manhattan”. The image was not only good left to right, but also had more depth than I expected from an inexpensive automotive head unit.

After a few very enjoyable hours of listening, I came away quite impressed with this very modestly priced units sound. I’ve heard a lot worse, from much more expensive players. I liked having several different methods available to search for my selected tracks, and the speed of the search function was nice and quick. The remote control also worked great and, most importantly, it was easy to use without looking at it.

My only quibbles were the amount of button presses and knob rotations to adjust things like the balance and fader settings, and once in a while I found myself wishing that the subwoofer level adjustment was easier to get to in the menu, because I would have used it more often.

Back in the lab, as I expected after having listened to it, the Sony’s tech specs proved to be exemplary for a unit selling for about $150 (US). Frequency response was extremely flat on both the amplified outputs and the RCAs. Source impedance, a spec important to noise avoidance, was also commendably low at less than 100 ohms. Measured signal-to-noise in CD mode was better than advertised, and the internal amplifier actually produced more power than it was rated at. I applaud Sony and other manufacturers for using the CEA-2006 amplifier ratings on their headunits, and publishing factual information. And in this case, even understating the actual performance! 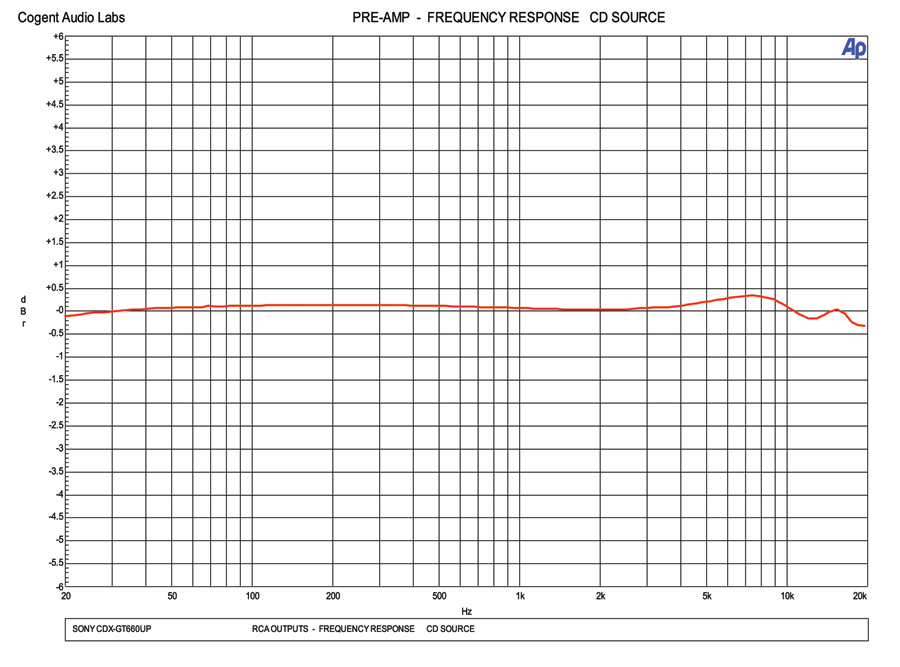 It never ceases to amaze me how companies like Sony can cram so many high tech features and great sound into a product that virtually anyone can afford. The DSP features, three sets of pre-outs, a great CD transport, an excellent AM/FM/RDS tuner, iPod/iPhone/Pandora/SiriusXM compatibility. I don’t know how they do it, but I’m glad they do, and if you pick up one of these astoundingly good units for yourself, you will be too.

AEM Induction Systems Cyber Monday 20% Off Sale
There's no better time to upgrade to an AEM performance air filter or intake than on Cyber Monday! Get a 20% off sitewide discount with promo code:...

PASMAG #158
ANOTHER ONE DOWN. The SEMA show has come and gone once again, and as such, we’ve got a truckload of content to sift through in the following pages....

Over 30 Exclusive Black Friday Discounts Only Available in the DSG Black Box
SPEND $150, GET SO MUCH MORE. In 2018, DSG Performance ran a very special promotion called the DSG 10YR Anniversary Box for Black Friday. This box...